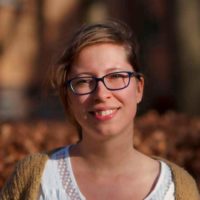 Water is a scarce resource, at least fresh water is. While water covers 70% of our planet, only 3% of the world’s water is fresh water. Also, two-thirds of that 3% is hidden in glaciers or unavailable for drinking, bathing or irrigating our farm fields.

The United Nations reports that over 2 billion people live in countries that experience high water stress. Water stress, which is the ratio of water use to the availability of freshwater resources, has been increasing over time, mainly because of rising water consumption. But as climate change will further increase the risk of droughts, changes in water availability are likely to intensify water stress as well.

Access to sufficient quantities of quality fresh water is essential to achieve various sustainable development goals, including those related to food security, health, and reducing poverty. Water scarcity has explicitly been identified as a major global challenge of the Sustainable Development Goals (SDGs).

Because water use has been growing twice as fast as the global population and is further increasing, conventional freshwater resources are no longer sufficient to meet rising water demands. Given that oceans cover 70% of the earth’s surface, it is only natural that we look at them as a source to help limit the gap between water demand and supply. Seawater desalination approaches are therefore needed and are expected to play a vital role in this regard. Sixteen thousand desalination plants are currently estimated to be active. These plants already produce 95 billion litres of desalinated water per day for human use.

As the basic efficiency of the Reverse Osmosis process is very high, this membrane technology has evolved into the leading desalination method since its development approximately 70 years ago. The expectation is that future technological challenges and developments will focus on three pathways:

Hybrid desalination technology combines two or more processes to achieve better environmental solutions and reduce production costs, compared to each individual process. Hybrid can be seen as a combination of regular power plants and thermal desalination plants, where the desalination process is driven by thermal energy from the power plant. On the other hand, desalinating the water before use is an option for limiting water usage by cooling towers in thermal power plants. On rivers with a higher risk of water shortages during dry periods, pilot systems have confirmed that innovative desalination technology may protect power plants against being shut down and not being able to produce any electricity.

Other sources of energy and combinations are also possible. Salinity Gradient Power (SGP) is an example where energy is produced through the combination of two water masses with a higher and lower salinity (typically seawater and rivering discharge). At a pilot stage, this technology has shown to produce energy and lower the salinity of the input stream at the same time. Providing a pre-treatment for the desalination through reverse osmosis can help lower energy demand and the associated costs while reducing environmental impact at the same time.

Hybrid systems, which reduce the environmental impact and costs of desalination through the smart coupling of different technologies, will further evolve over the next 10 years towards a larger-scale roll-out and realisation of interconnected systems.

Apart from the challenges to optimise the technological and economic aspects of desalination processes, there are quite a few significant societal challenges as well. Desalination clearly has an impact on the environment through the energy that is used and its residual products.

Because of this impact on the environment, several key challenges need to be addressed. These include the energy demand of the processes, the emissions of air pollutants, and the saline concentrate and chemicals discharges (the so-called brine) to the marine environment. Innovative technologies and strategies are needed to mitigate the environmental impact of brine disposal and reduce its economic cost. Recent studies report promising progress, stating that the brine can be converted into useful chemicals. Through the use of hybrid systems, it can even contribute to the efficiency of the desalination process.

Finally, desalination is not an isolated activity. It is part of the global water puzzle together with other technologies and methods. The reuse of process water or the adaptation of infrastructure for large-scale rainwater buffering are just a few examples.

One of the most significant technological challenges for the next 10 years lies in making the best possible use of the available water resources, based on the actual needs. Smart desalination systems will be an indispensable part of that and should be developed in such a way that production, storage and use can be optimally matched to fit the water system.

Source: Blue Technologies for Blue Sustainability, published by the Blue Cluster and the Flanders Marine Institute. 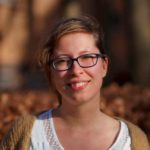 Marjolein Vanoppen is a bio-science engineer who graduated with a major in environmental technology at Ghent University in 2012. Her research after that has focused on water treatment with a special focus on industrial water production and treatment, and energy efficient seawater desalination. After finishing her PhD in 2016, she is now working as the Chair Industrial and Circular Water Technology, closely collaborating with industrial partners to make their water cycles more sustainable.

Marjolein Vanoppen is a bio-science engineer who graduated with a major in environmental technology at Ghent University in 2012. Her research after that has focused on water treatment with a special focus on industrial water production and treatment, and energy efficient seawater desalination. After finishing her PhD in 2016, she is now working as the Chair Industrial and Circular Water Technology, closely collaborating with industrial partners to make their water cycles more sustainable.