One practical example of an Earth Observation application is the use of drought indicators to help farmers decide when and where to plant their crops. Other examples include the monitoring of crops to detect crop stress, and the monitoring of Acid Mine Drainage (AMD) to remedy adverse environmental impacts.

Copernicus, the EU’s Earth Observation Programme, is a major source of Earth Observation data served by a set of dedicated Sentinel satellites and by existing commercial and public satellites. In addition, ground stations deliver data acquired by sensors on the ground, at sea or in the air. This wealth of near-real-time data provided by Copernicus helps us better understand what happens on our planet and act on those insights.

The Copernicus programme transforms Earth Observation data into value-added information that is freely and openly accessible to tens of thousands users. Datasets covering several years or decades are made comparable and searchable to monitor the impact of climate change. Patterns are screened to enable better forecasts of changes in the atmosphere and our oceans.

During the 2019 G-STIC conference, Materials Innovation, Verhaert and VITO organised a hackathon focused on tackling 3 SDGs using Earth Observation data from Copernicus. From the onset, the purpose of this Copernicus hackathon was to guide the most promising projects into a business acceleration or incubation programme and kick off an innovation journey. That approach fits very well with Copernicus’ mission to empower new business opportunities.

This hackathon challenged teams to develop software prototypes for one of 3 challenges: ‘Predicting health insecurity’, ‘Early detection of crop stress’ and ‘Acid Mine Drainage Monitoring’. Earth Observation experts from the EIT Raw Material’s RawMatCop programme and from the Fiocruz Foundation and VITO remote sensing teams supported the hackathon participants in building these prototypes. Let’s have a closer look at each of these challenges, and see how the winning team took further steps to work on developing a market-ready solution.

Important information for farmers is to know when and where to plant. That is a complex problem and requires many sources of information. An interactive map such as CEMADEN, providing the location of droughts when they occur, is one important source of information. It doesn’t deliver, however, anything to predict the impact of droughts on food security and health conditions.

Hackathon participants were therefore challenged to build a predictive model to map food insecurity using drought indicators. Starting from Sentinel satellite observations, they derived indices that characterise the vegetation state in the area of the Petrolina municipality. The economy of this municipality is highly dependent on irrigated fruit production, and the effect of droughts is quite visible in the Sentinel satellite images.

With ever more people to feed, yield optimisation in agriculture is a permanent concern for every farmer. The growing season of a crop can be many months long. During that period, the crop is at risk for damage due to weather phenomena (droughts, flooding, or extreme temperatures) or diseases. That puts the crops under stress. Detecting that stress early on gives farmers the possibility to react.

As climate change increases the likelihood of extreme weather conditions, there is a global need to monitor crops to the fullest. Hackathon participants set out to develop a tool that detects crop stress as early as possible, based on Sentinel satellite data of parcels in Tongeren (Belgium). The data related to plots that suffered crop stress due to extended drought and high temperatures in the summers of 2018 and 2019. The participating teams derived indicators from these data to characterise the vegetation state and predict crop stress.

Monitoring Acid Mine Drainage in Sweden

Abandoned mining wastes have been reported to cause potentially long-term environmental problems. These wastes generally contain sulfide minerals which may undergo oxidative weathering. That results in the production of sulfate and leaches of low quality, known as Acid Mine Drainage (AMD).

Because AMD has significant adverse environmental effects, there is a global need for detecting, monitoring and understanding these impacts to remedy them. Hackathon participants developed Acid Mine Drainage monitoring possibilities using Copernicus Sentinel satellite observations on mining wastes at Yxsjöberg in central Sweden.

The hackathon’s winning team moved forward to establish ExaMine and present their ideas in the PARSEC Accelerator. PARSEC is a business accelerator supporting the creation of new Earth Observation-based products and services.

Triggering entrepreneurship for the SDGs

ExaMine got selected as a PARSEC beneficiary. The ExaMine team is now developing new and improved software to process Copernicus Earth Observation data in a faster way and to include more parameters to monitor. The team is partnering with Artificial Intelligence experts to scale up its computing capabilities and be able to monitor larger areas with higher image resolution. Its final aim is to deliver a Platform as a Service (PaaS) that mining companies, environmental consultancy firms, and environmental government agencies can use as a decision support system.

Along with our video pitch competition for young innovators, this Copernicus Hackathon is just one successful example of how G-STIC triggers entrepreneurship for the SDGs, bringing together small teams of people with different backgrounds to kick off the development of innovative solutions. 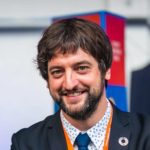